White Sands Treatment, a drug and alcohol addiction treatment center with locations in both Fort Myers and Tampa, Florida, has just signed rising boxing star, Erickson Lubin, who is on his quest to become a World Champion. Commonly referred to as “Hammer”, Lubin will proudly be wearing a KO Addiction shirt at his next fight taking place on October 14th at the Barclay Center in New York City. This fight will be aired on Showtime Sports. The t-shirt featuring the wording “KO” on it is a spin on words; “KO” represents both Lubin’s dedication to ‘knock out’ drug abuse habits in the youth of today as well as his determination to knocking out his opponents in the ring.

Born to Haitian immigrant parents and raised in Orlando, Lubin is a Florida native with strong roots in the sunshine state. At the age of just 22 years old, Lubin has an impressive collection of accolades under his belt including having an undefeated record of 18-0, 2015 Boxing Scene prospect of the year, and 2016 ESPN prospect of the year. Lubin had advanced from the No.2 contender to earning the No. 1 spot when he scored on a knockout over Jorge Cota in the fourth round of the March 4th fight. Erickson Lubin thrives on facing challenges and coming face to face with 27-year old Charlo is no different. “I love stealing the show”, Lubin told reporters when asked about the upcoming match this October. “That’s what I do”, he finished.

Erickson Lubin credits Mike Tyson for taking him under his wing and mentoring him, providing strong wisdom on how to conduct himself both professionally and privately. Mikes struggles are well documented, so Lubin sees a strong need to pass the torch onto the youth of today and educate them on the dangers of drug abuse. He believes the platform boxing has given him, is one that he can reach out to those struggling with addition, and show them the fight he has in him to win, is one everyone can look up to.

White Sands Treatment is committed to substance abuse prevention by supplying patients with a comfortable and supportive environment coupled with top-notch programs for addiction treatment. The company has two locations: one in Fort Myers and the other in Tampa. Their state-of-the-art rehabilitation facilities feature a roster of board-certified counselors and doctors who specialize in treating drug and alcohol addiction. 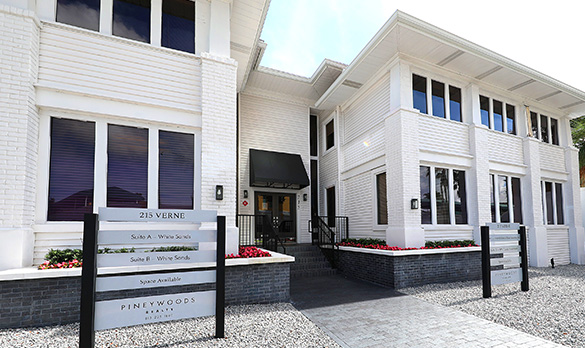